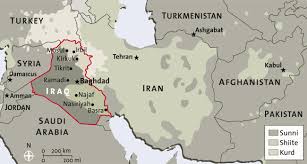 The Right Stuff, NASA-developed electrolyte drink additive was originally created for our astronauts and now used by high-exertion athletes from football players to triathletes, is helping U.S. troops stay strong in high-temperature locations where they are deployed.

Donations of the product by Colorado-based Wellness Brands Inc. are coordinated through Operation Troop Aid of Tennessee, a decade-old nonprofit committed to providing care packages and bill payment assistance to soldiers of all military branches.

“The Right Stuff is made for such intense athletes,” says Mark Woods, founder of Operation Troop Aid. “These troops are in harm’s way in a very hot environment, so keeping their hydration up is critical to their performance. It makes a lot of sense.”

Woods established Operation Troop Aid after he helped manage the nationally-televised Garth Brooks performance after 9/11 on the U.S.S. Enterprise, where he was stationed.

The organization, which partners with fairs, festivals, shows, and other events, has distributed more than $6 million worth of products. Sponsors range from restaurants and jewelers to radio stations, a popcorn producer, and a chocolatier.

David Belaga, CEO of Wellness Brands, contacted Woods when he heard about the initiative three years ago. Since the first donation, included in care packages, Wellness Brands has shipped The Right Stuff directly to troop stations for distribution to the units.

We’re grateful to Operation Troop Aid for making possible this way to serve and support our troops.

A wide cross-section of athletes from High Schools and Colleges to Pro teams (NFL, NBA, MLB, NHL etc.) and Olympians use The Right Stuff for training and competition.   “Athletes, firefighters, construction workers, and others who do strenuous labor in hot and humid conditions are benefiting from this product.” Belaga says. “We’re grateful to Operation Troop Aid for making possible this way to serve and support our troops.”

The Right Stuff from NASA is a prepackaged, electrolyte, liquid drink additive that goes instantly into solution when added to at least 16 ounces of water. The formula combats cramps, headaches and the other symptoms of dehydration; protects the body from overheating both in times of intense exertion as well as in high heat settings; and increases endurance over 20 percent more than any other NASA-tested formula. Plus, NASA studies show that the formula also offsets the negative effects of jet lag and high altitude.  Learn more at www.TheRightStuff-USA.com