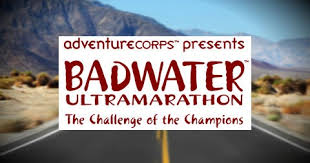 Ultra-Runner Shares How She Wins at Everything!

After a stellar career in high school and college tennis, a busy married life with two young children, a newspaper column on fitness and a career in PR and advertising, a business as a certified personal trainer, and extensive volunteer work, Meredith Dolhare found herself sidelined with a second badly broken foot in 2007. Her husband Walter suggested she set a goal, and she picked Iron Man – although she didn’t own a bicycle. Dolhare started spinning classes while she was still wearing a cast and competed in her first Iron Man in 2008.

“I realized I had the bandwidth for it,” she says. “I ran a marathon right before it in Prague. I realized that I liked the long stuff and I had a real knack for the bike. I found my outlet for competitiveness.” She ran 12 Iron Mans in three years,

including three on consecutive weekends in the Alps followed a month later by an Ultraman in the United Kingdom – 6.2 miles swimming, 261.4 miles biking, and 52.4 miles running.

After spinal surgery in 2012, Dolhare returned to run a 100-kilometer race and a 135-mile race. She struggled with nausea – vomiting frequently during races when she ate solid food or too many calories.

The Right Stuff has made a huge, huge difference. The first race I used, it I won

“I have a lot of trouble with electrolyte imbalance,” she says. “The Right Stuff has made a huge, huge difference. The first race I used it, I won” – two hours ahead of the second-place woman in a 50-mile race that was training for the 135-

mile Badwater in Death Valley, with temperatures up to 130 degrees. The next weekend, she finished a double marathon in San Francisco even faster, and she placed third among women in Badwater, where she took a bottle of The Right Stuff every 2½ hours. Months later, she finished the companion 508-mile Death Valley Cup – the sixth woman ever to complete both races in the same calendar year.

“I used The Right Stuff also during the bike race,” she says. “I couldn’t have done it without it. That product really works for me. I use it sometimes before I run, during the run, after the run. I drink it during the day.” Her 14-year-old son and some others on his cross-country team that she coaches also use The Right Stuff.

Athletic Participation is a Longtime Focus

Athletic participation is a longtime focus for Dolhare, who grew up in Memphis and was the 9th-ranked U.S. tennis player when she graduated from high school. She went to UCLA on a scholarship but transferred after her freshman year to Vanderbilt University, where she was captain of a team that rose from 72nd in the country to eighth by the time she graduated with honors. “It was a great experience,” she says. “I loved it.” But her extensive play – singles and doubles, fall and spring – left her overused shoulder too damaged to pursue a professional tennis career.

After the NCAA tournament her senior year, she married Walter, a star tennis player at the University of Notre Dame who had gone into banking. She started work in advertising and public relations, as well as her “Get off the couch” newspaper column. The couple moved from Memphis to Charlotte soon after their first son was born, and she started volunteering and fundraising. In 2012, she founded RunningWorks, a non-profit running program that engages people in running to foster teamwork, discipline, confidence, self-respect, and respect for others.