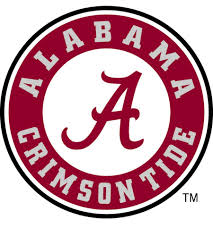 2010 and 2012 NCAA Football Champion University of Alabama: Nutrition is Critical to Athlete Success!

Amy Bragg was the eighth full-time college sports dietitian in the entire US when she was hired at Texas A&M in 2004, a position created when the Athletic Director came from the pioneer athletic-nutrition focused University of Nebraska. As the profession has mushroomed in the past decade, Bragg, who moved to the University of Alabama

in 2010 (Editors Note: In 2011 & 2012 Alabama was the College Football Champion), hopes to see nutrition awareness expand into other fields.

“Nutrition is a big, broad concept, beyond sports nutrition,” she says. “It affects every person. It’s something I would like to see grow.”

Bragg credits her interest to a nutrition and foods course she took as a high school senior, taught by a dietitian who was ahead of her time on the subjects of herbs, recipes, and sustainability in the 1990s. “Nobody was really thinking of sustainability in the food supply back then,” Bragg recalls.

Bragg earned a degree in Finance from the University of Texas, where she supported the athletic program as a football hostess, and went on to earn a nutrition and foods degree at the University of Houston. She became a Clinical Dietitian at the Texas Medical Center in Houston in 2001 and also started consulting with athletes about nutrition before she joined Texas A&M. Bragg, one of the founders and past-president of the Collegiate and Professional Sports Dietitians Association (CPSDA), witnessed the early days of the athletic nutrition movement.

“Back then we were just getting connected, creating a listserv, starting to talk, about a dozen of us networking, going to meetings, running into each other and sharing ideas, how to navigate challenges,” she recalls. “It was slow initially. The growth has really happened, I think, in the last three years. It’s really evolved.”

…when you manage the food supply you get better outcomes, when you manage nutrition rather than just react to it or treat issues medically. You get a much greater benefit for the athletes’ development and their long-term health.

“Those of us who have worked with Athletic Trainers and Strength Coaches for a while have been able to show…when you manage the food supply you get better outcomes, when you manage nutrition rather than just react to it or treat issues medically. You get a much greater benefit for the athletes’ development and their long-term health. It’s an important partnership with the other support staff. Parents and athletes value it. They value nutrition when you talk about it in a recruiting scenario and they value it when they come on campus.”

Athletes often overlook the importance of what they eat for their performance, Bragg says.

“Athletes don’t respond to lectures, and they don’t want to be forced to see a nutritionist,” she says. “They can’t see that they’ll get anything from it because they don’t have a weight problem. It shouldn’t be punitive. For every athlete, it should be about performance, it should be about health. They typically don’t eat well. Getting them to eat better keeps them on the field. You have to get them at the right time. Sometimes it’s when they’re injured. Sometimes they’re doing a rehab and you can affect them more – they’re more responsive. But really it’s for everyone.”

The nutrition plan includes The Right Stuff when needed to protect athletes’ hydration.

“There are occasions and specific athlete needs that require higher sodium intake,” Bragg says. “The Right Stuff is an effective add-on to whatever you’re doing for hydration. In the food plan, for some athletes, The Right Stuff becomes essential for them to perform well throughout an entire game. If you’ve ever had a full-body cramp, you’re responsive to anything that will keep that from happening again.  The Right Stuff is a powerful aid in prevention of cramps. [Editors Note: Studies show the formula also improves core thermoregulation, protecting the body from overheating and increases athletic endurance]

If you’ve ever had a full-body cramp, you’re responsive to anything that will keep that from happening again.

We try to have a full arsenal of things to get athletes through every situation, and The Right Stuff is an important part of that for us.”

Bragg hopes that the athletes’ nutrition education will impact the rest of their lives. “It’s part of their development and their performance and their lifelong health,” she says. “Athletes are going to go on and become parents, and they’re going to develop their children’s nutrition. We’re talking about the big picture.”