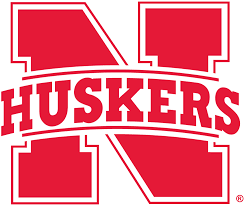 asked a professor about career possibilities that combine sports and nutrition. “I asked him about jobs, and he said there’s nothing, really,” she recalls. Today, Remmers is Director of Sports Nutrition at the University of Nebraska.

“I didn’t know it existed until I went online and randomly looked to see if Nebraska had a dietitian, and they did,” she said, adding that about a dozen schools had such positions in 2005 and more than 70 have them now. “It’s grown a lot.”

Remmers, who was a volunteer assistant responsible for meals and travel for the team in her fifth year at Winthrop, worked for James Harris at Nebraska, where he taught her the science of hydration and the role of nutrition in athletes’ recovery. Her job includes answering questions and giving brief talks at workouts, organizing meals for home and away games, providing one-on-one advice, leading a freshman orientation on sports nutrition, giving grocery store tours, and administrative tasks.

Although players miss their pizza and French fries, she says, they appreciate the positive impact on their performance. “It’s all for good – to make them leaner, stronger, faster,” Remmers says. “That’s the motivation for them – to become a better athlete. You’re going to get out what you put in. That goes for training and eating.”

Remmers maintains her own health by running, completing Tough Mudder obstacle races and preparing for a marathon. “I like to stay active,” she says. “When you have a race or competition, it gives you something to train for. It gives me a reason to exercise.”

She uses The Right Stuff to maintain her own hydration and encourages athletes to use it too.
I never do a long run without it and I find that I don’t have to drink as much water.

“The Right Stuff allows athletes go harder, longer,” she says. “When you’re dehydrated and fatigued, you’re at high risk for injury. I never do a long run without it and I find that I don’t have to drink as much water.”

Remmers hopes the Sports Dietitian field grows to provide a staff dietitian for every 100 athletes to provide more individualized programs. “There’s going to be a lot more specialized sports nutrition,” she says. “There’s all kinds of science coming out.”

Remmers has already seen dramatic changes in sports nutrition awareness since her college days. “We were starving during practice,” she says, recalling pleas to the coach for snacks. “You don’t think about bringing stuff and there was nothing there available. Now at Nebraska, we have fueling stations where they can grab a snack before practice if they need it.”