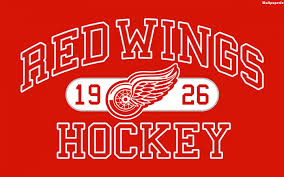 Like any hockey player growing up in the Detroit area, Piet Van Zant dreamed of playing with the National Hockey League (NHL) Detroit Red Wings. An injury that sidelined him in high school put him on a career path that led to the Red Wings organization more 20 years ago. He’s now the Head Athletic Trainer.

“You want to play for your hometown team,” says Van Zant, who was introduced to athletic training after his injury. “Once I started in the program, it was definitely something I knew I wanted to do as a career.”

After he graduated from Central Michigan University with a bachelor’s degree in athletic training in 1993, Van Zant went to work for the minor league Adirondack Red Wings. After six years, he was added to the Detroit Red Wings medical staff as an Assistant Trainer, and he became Head Trainer in 2002. He earned a master’s degree in Performance Enhancement in 2004 just as emphasis on sports training and nutrition was accelerating.

“Over the years, it’s definitely become a more evidence-based practice for athletic trainers and anybody in the medical field when it comes to pro sports and pro athletes,” Van Zant says. “You need to have research and proof that your treatments and your therapies you’re doing with athletes actually work.”

Since Van Zant joined the Red Wings, the organization has added a nutritionist, strength coach, a physical therapist, and two massage therapists, with access for players to acupuncture, chiropractic, and other strategies to boost their health, safety, and performance. The Nutritionist introduced him to The Right Stuff a few years ago.

“It started with a couple of problem players, and it’s evolved to a preventive strategy for multiple players,” he says. “Hydration is imperative in sports like hockey where you’re wearing equipment that weighs you down, that increases the heat. Your body’s not able to dissipate that heat as well as if you were in shorts and a t-shirt.”

Despite an environment cold enough to keep the rink frozen,

the intensity and length of hockey events – some 3½ hours – in heavy equipment can cause sweating that disrupts sodium and electrolyte balance. In one extreme case, Van Zant say, a goalie lost 15 pounds in a single game.

“Just plain water over that time frame isn’t going to cut it,” he says. “It is crucial to maintain that balance. The Right Stuff helps us do that.”