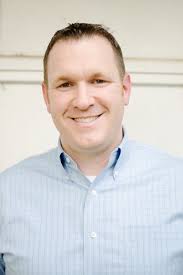 Tavis Piattoly, who played football and other sports in high school, dropped 50 pounds in the summer after he graduated, before he enrolled in Louisiana State University as a pre-med student. Now he offers High School and other athletes the expert nutrition he wishes he would have known as a 17-year-old who got used to fast food before practice and Chinese buffet afterwards.

“I wish I’d had the knowledge then that I have now,” Piattoly says. “I wouldn’t have made such bad decisions. There was no one there to tell us.”

Piattoly switched his major to dietetics with an emphasis on sports nutrition and achieved his goal of working with the New Orleans Saints, for seven years. He’s worked 12 years with Tulane University and now operates his own My Sports Dietitian (www.mysportsd.com), an online education and software platform for athletes, parents, coaches, athletic trainers, and coaches that offers phone apps for tracking nutrition, one-on-one counseling for athletes, and a mentorship program for young sports nutrition students and practitioners.

Since he started at Tulane in 2003, Piattoly has seen rapid growth in staff Sports Dietitians in Division 1 schools, now totaling about 75. He believes the focus is spreading to the 8 million high school athletes and their parents who are seeking safer and more effective performance.

Focus on When and What You Eat

“You can change behavior more with a 14-year-old than a 28-year-old,” says Piattoly, who starts with a focus on when the athlete eats and then focuses on what they eat. “Now we know nutrition can give athletes a performance advantage if they time their intake correctly. High school athletes are underfueling their bodies to support their activity. Nutrition can make a good athlete great – or a great athlete good.”

Athletes who train five hours a day, maybe in two different sports, should eat about every three hours, he says. When Piattoly advises an athlete, he starts with a three-day food log to be sure they’re not energy-deprived – then starts replacing the breakfast doughnuts or toaster pastries with shakes, eggs, and oatmeal.

It all starts with timing. That’s the first nutritional strategy I employ.

“It all starts with timing,” he says. “That’s the first nutritional strategy I employ. If we can fix the ‘when,’ we can fix the ‘what.’ Ninety percent of the kids I work with are highly motivated. They realize nutrition is the piece they’ve been missing all along. Parents are a critical piece, especially Moms. Mom is usually the food provider for the athlete, or sometimes it’s a single dad.”

Piattoly helped a small-framed high school linebacker gain 50 pounds by his senior year and earn a college scholarship. He worked with a high school quarterback to add 20 pounds of lean muscle so he could attract college scouts.

“It’s all about teaching them to get enough calories to support what they’re trying to do,” he says. “It’s the missing component, it’s the secret weapon, it’s the component that leads to success in everything else.”

The food-first approach incorporates supplementation where appropriate, including The Right Stuff for heavy-sweating athletes and those susceptible to cramps. “In the New Orleans area, it’s really humid,” Piattoly says. “We use The Right Stuff with a lot of our athletes that are heavy sweaters. It’s good for any athlete. We get a lot of sodium in our diet, but when we sweat it out at accelerated rates, we need to replenish it. Our body needs it.”

Interest in nutrition is expanding to younger ages because it both helps prevent injury and enhances performance. “We’re going to see this field continue to expand throughout the collegiate level, high school, club teams,” Piattoly says. “It’s going to trickle down, just like athletic trainers did in the past”